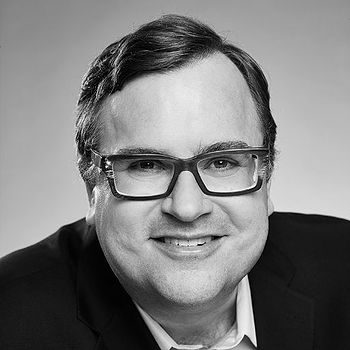 An accomplished entrepreneur, executive, and investor, Reid Hoffman has played an integral role in building many of today’s leading consumer technology businesses. In 2003 he co-founded LinkedIn, the world’s largest professional networking service. In 2009 he joined Greylock. He currently serves on the boards of Apollo, Aurora, Coda, Convoy, Entrepreneur First, Microsoft, Nauto, Neeva, Xapo, and a few early stage companies still in stealth. In addition, he serves on a number of not-for-profit boards, including Kiva, Endeavor, CZI Biohub, New America, Berggruen Institute, Opportunity@Work, the Stanford Institute for Human-Centered AI, and the MacArthur Foundation’s Lever for Change. He is the host of Masters of Scale, an original podcast series and the first American media program to commit to a 50-50 gender balance for featured guests. He is the co-author of three best-selling books: The Start-Up of You, The Alliance, and Blitzscaling. He is an Aspen Institute Crown Fellow, a Marshall Scholar at Oxford, and a graduate of Stanford University.